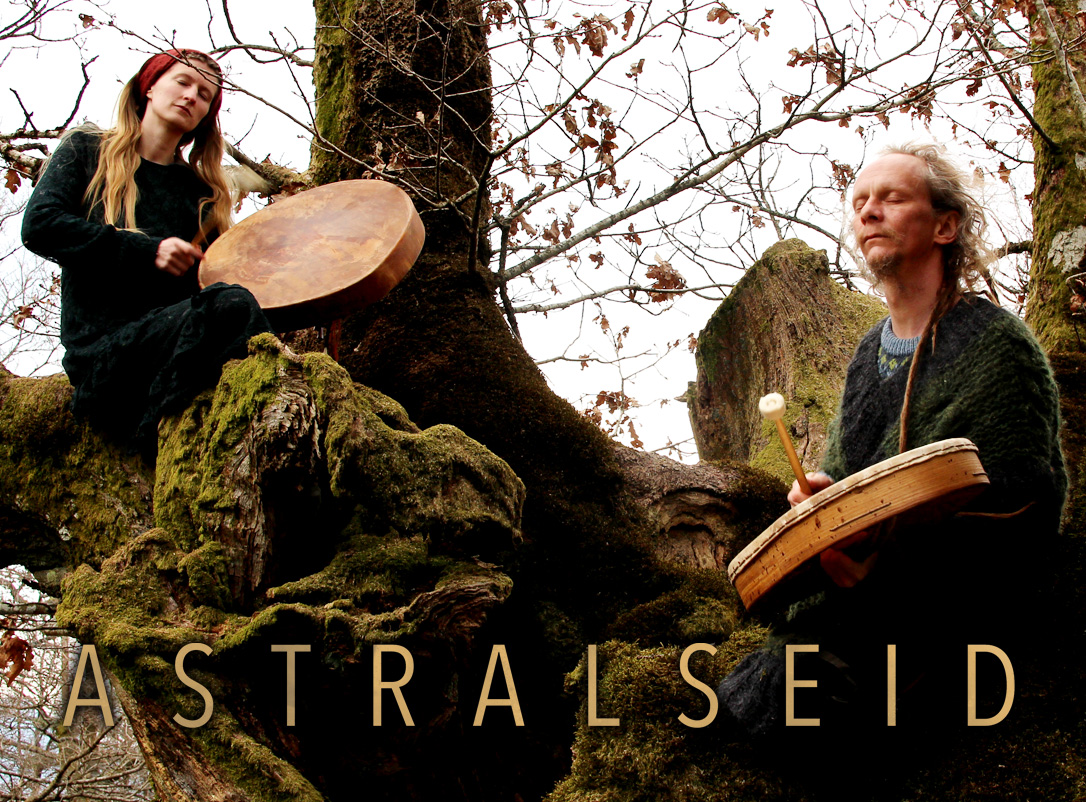 Astralseid, Gustav Holberg’s solo project, will make the Gildehall shake with deep drones, booming rhythms, and ethereal vocals that will take you out of time and bring you inwards, towards your own core. This will be a modern take on the ancient Seid ceremonies.

Gustav has been making acoustic music for decades, mostly in the Nordic Folk and other experimental genres. Combining a multitude of instruments and vocal styles with electronic sounds and beats gave birth to the hybrid called Astralseid. Finding inspiration within nature and the nature of human consciousness, the songs are made through improvisation and exploration of sounds, rhythms, and melodies.

At Midgardsblot, Astralseid will bring two guest artists: Rúnahild and Kjell Braaten. Both are known for their own solo projects, as well as collaborations with many other artists and bands.

The project was started late in 2018 with the release of the demo song ”Skydance.” In May 2020, the first digital album, “Spirit Symbiosis,” was released. A deep and atmospheric, psybient album. In November 2020, the next digital album, “Shamanic Love,“ found its way to all streaming platforms. A much more tribal and slightly “darker” album. In August 2021, another album was dropped: “Electric Love.“ An album best described as “psychedelic fusion” or “psychedelic ethno.” The next album, “A Leaf in the Stream of Creation,” will be released 10th of September 2022.

Experience Astralseid in the Viking feast hall Gildehall at Midgardsblot 2022!