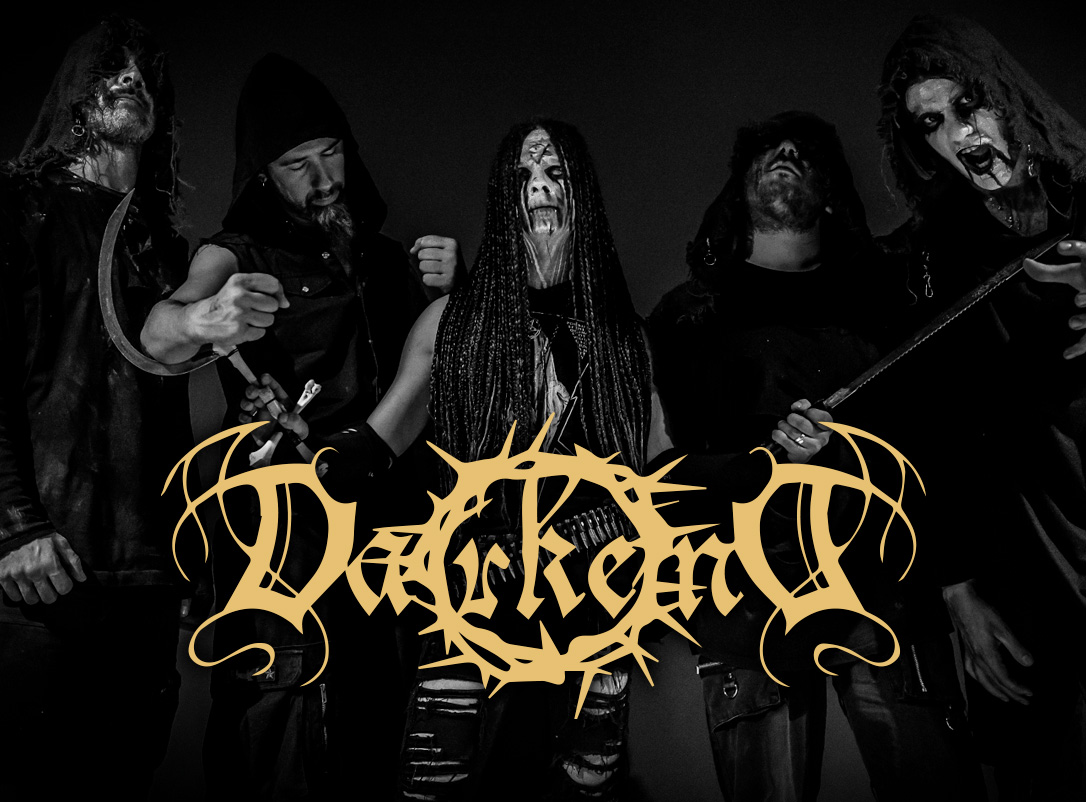 Beyond the drum kit, Valentz, is the band founder and sole original member:  ”We were young guys wanting to let our energy out... and black metal was the only way, the left hand path we all aimed to.” A demo came into existence: “Damned Woman and a Carcass,” deeply inspired by symphonic black metal, it was the first step down that path toward the other side.

Meanwhile, Animæ was pursuing the same darkness. His endless quest for ancient panic cults, where rituals have no rules and no boundaries, but the ones created by the shaman himself, led to the crossing of paths. A blood pact was signed.

The first full-length "Assassine" (2010) took a harsher direction. All of a sudden, the band started touring throughout Europe: first with ROTTING CHRIST and then with SAMAEL, MELECHESH and KEEP OF KALESSIN, bringing on stage a unique mix of sound and occult ceremony. Esoteric epitaphs, incense burning, ghastly skulls, grave candles and dead branches. Every single detail is crafted to support the spiritual mist of bleak catharsis.