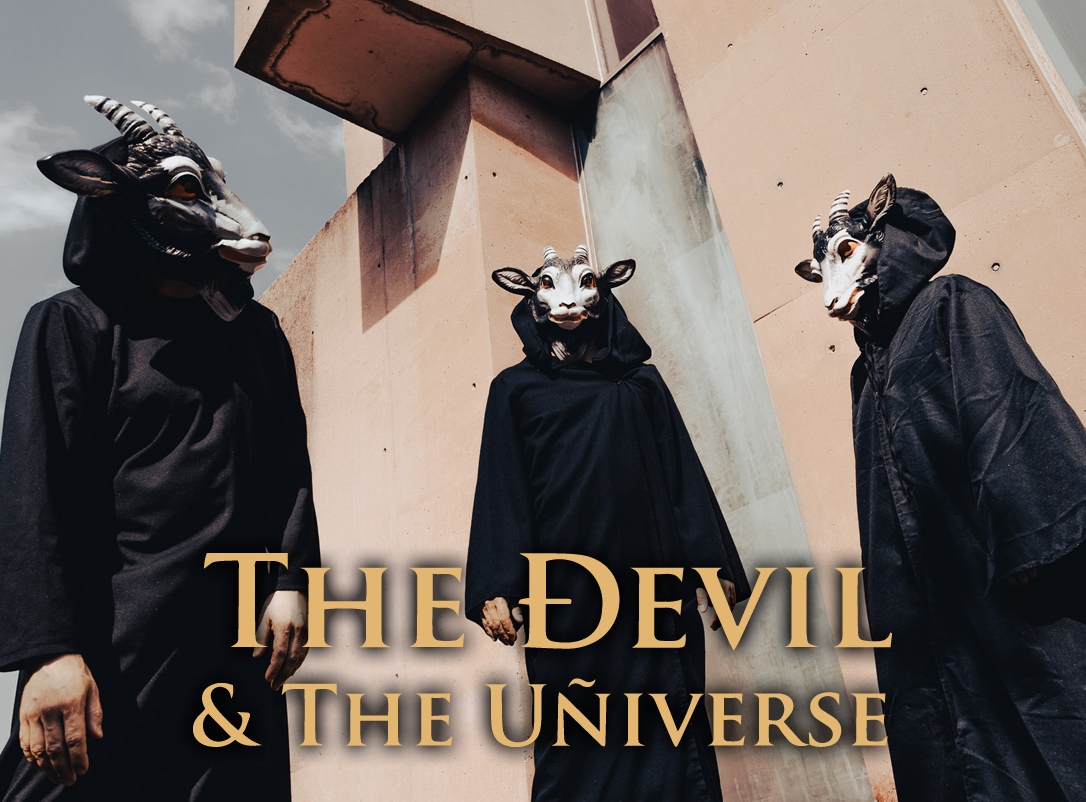 Welcome to GOATopia - In the musical vortex of utopian visions and wishful dream images of a future past!

The Devil & The Universe now look back on nine years of band history. In 2013, Ashley Dayour and David Pfister founded the band, which Stefan Elsbacher complemented to a trio. In the beginning the band focused on musical experimentation with magical systems. It’s still firmly inscribed in the band’s DNA. With their mixture of soundtrack-like ambient sounds and driving beats, their goat masks, and unmistakable humor, which especially shows in their visual representation, they drummed up a loyal fan base.

The 2022 album, “GOATopia,” is based on such great utopians as Thomas Morus. His novel "Utopia" from 1516 is considered to be the starting point of the genre which formulates a possible future way of life or social order. Thomas Morus tells of a fictional island kingdom where new social concepts are lived. The Devil & The Universe use ideas like these and create their own goat utopia.

In a world out of balance, the Viennese band is reluctant to face dystopian predictions. They unmask the specter of the future to put the goat mask on it.

The result sounds electronically entranced with thundering drums. The goats devour Krautrock, chew it with relish and spit it out again as a tribal sphere with spoken word samples.