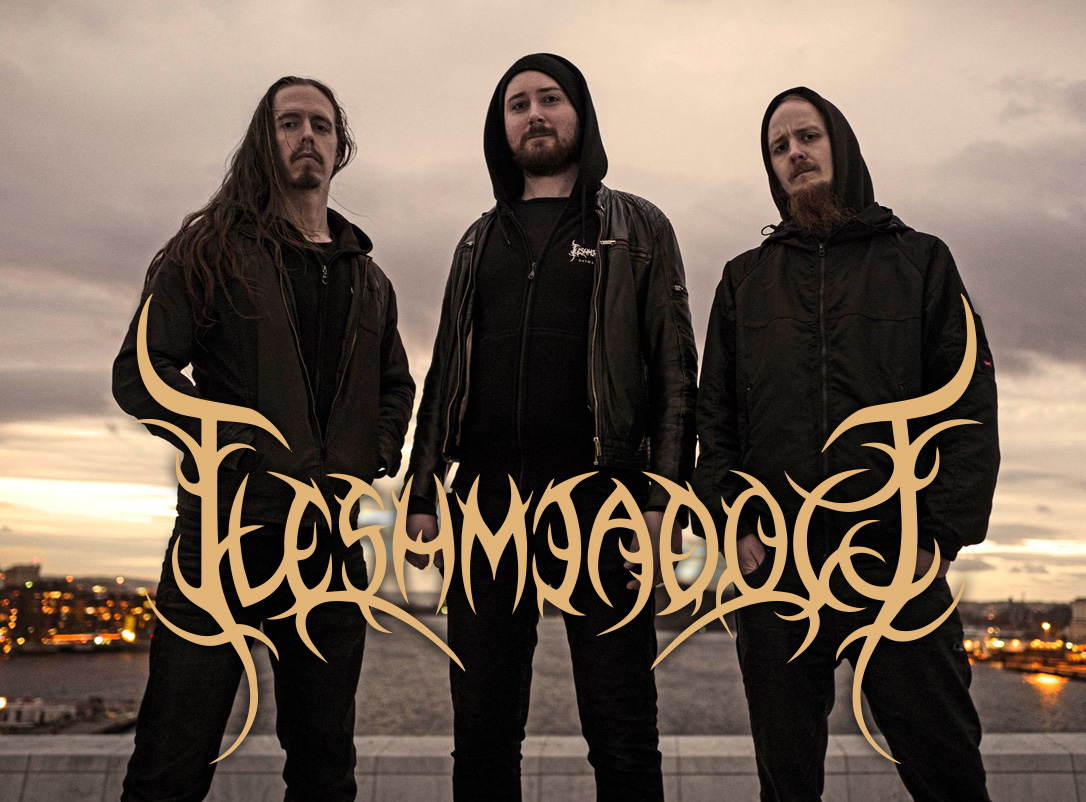 The Oslo-based Extreme Metal band Fleshmeadow released their debut album “Umbra” in 2016. The release got great reviews from critics both inside and outside of Norway and built many expectations toward the band’s evolution. Their next release, “Daymares”, clearly showed the strengths that lied within Fleshmeadow. The ambition of blending Technical Death Metal and Black Metal was already there from the beginning but has come forth in an impressive way.

Describing the band’s expression, critics found it natural to mention early Gojira and Mayhem, Decapitated, Keep of Kalessin and the New Zealand act Ulcerate. It’s with this competent mix of genres and the combination of genuine songwriting abilities that displays the strength of Fleshmeadow.

On stage, the elements of Technical Death Metal and Atmospheric Black Metal present themselves in a razor-sharp and ritualistic fashion. The band is now currently recording their next release, which will mark the next step of their ambitious evolution.