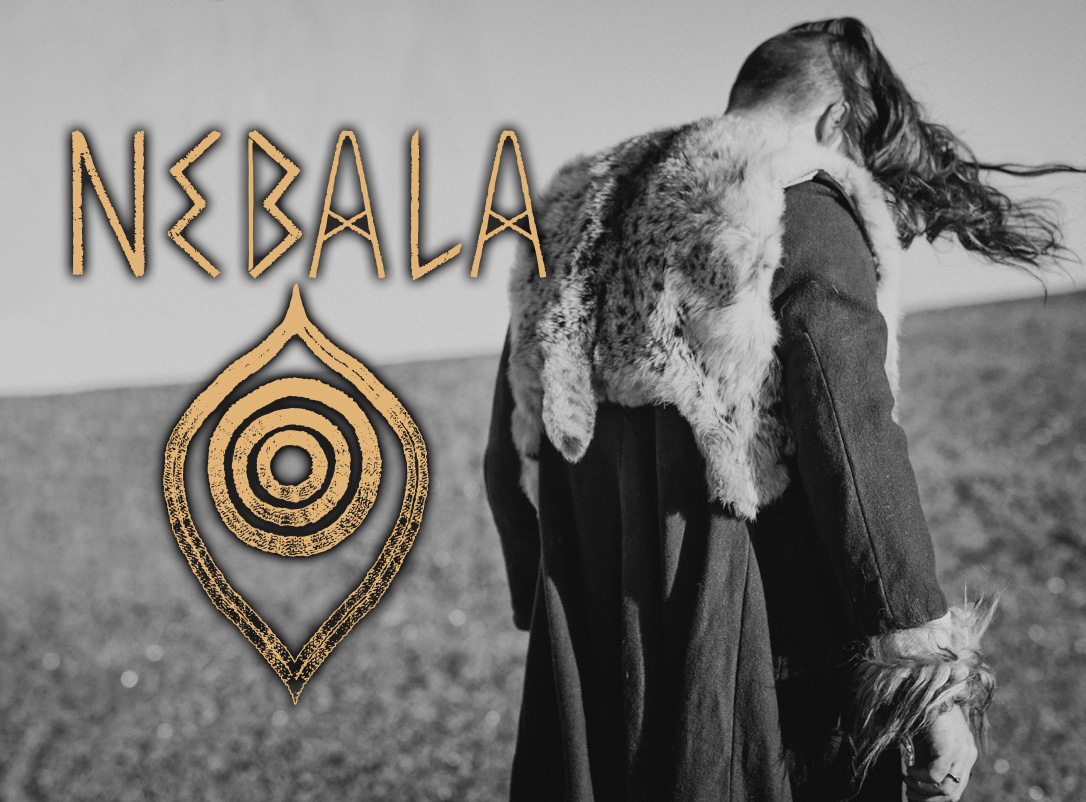 After being involved with Heilung for two years, and more recently with the worldwide- acclaimed movie The Northman as songwriter and actor, Jonas Lorentzen decided to focus on his own musical expression, based on a reimagination of Nordic Folk and spiritually driven music. The result is Nebala, spearheaded by Jonas Lorentzen, but assisted and graced by powerful talents such as Sebastian Gainsbourough (Vessel, The Northman, Manchester Collective), Kjell Braaten (Wardruna, Origami Galaktika), as well as non-musician minds assisting in the conceptual development, Dr. Mathias Nordvig (Professor of Pre-Christian Religion at CU Boulder) and Philosopher Naina Gupta (University of Kingston). Jonas Lorentzen will release the debut full-length album of his solo project Nebala: “Lustuz Laþu Wōþuz Alu” on July 29 th 2022 through By Norse Music! “Lustuz Laþu Wōþuz Alu” is Nebala’s first full-length studio album and invites the listeners to dive into Old Norse Mythology. Nebala in Proto-Germanic means “the void”; the void through which all life originates. Sexuality is the essence of all life form. Through this album Nebala initiates sexuality into a space of sacredness.

The name of the album alludes to 3 stages of sexuality, fertility and love: Lustuz: The desire to merge with the other and the romantic idealism of young love.  Lathu: The dark side of sexuality, the strife of lovers, the unrequited love, the pain of broken hearts and frantic frustration of unreleased desire.  Woduz Alu: The ecstasy, the true merging of lovers that dissolves all objectivity and releases the cosmic creative force.

Using traditional frame drums, lyre, tagelharpa, Tibetan singing bowls, and throat singing, Jonas Lorentzen has developed a unique Indo-Nordic sound for Nebala that toys with timescapes, soundscapes, and cultural boundaries to bring you back to the primordial experience of music itself.

He comments on the album: “When you let yourself be taken by desire and lust, you will be consumed by what the ancient Germanic peoples called Laþu. The ancestor of our modern word “to let,” laþu suggests giving into natural desire and emotion. When Wōdan sought the deepest knowledge of the cosmos he had to brave the dangers of the deep caves in Hnitbjörg and let himself be taken by the desire of Gunlaþu, the forceful goddess of the underworld.”