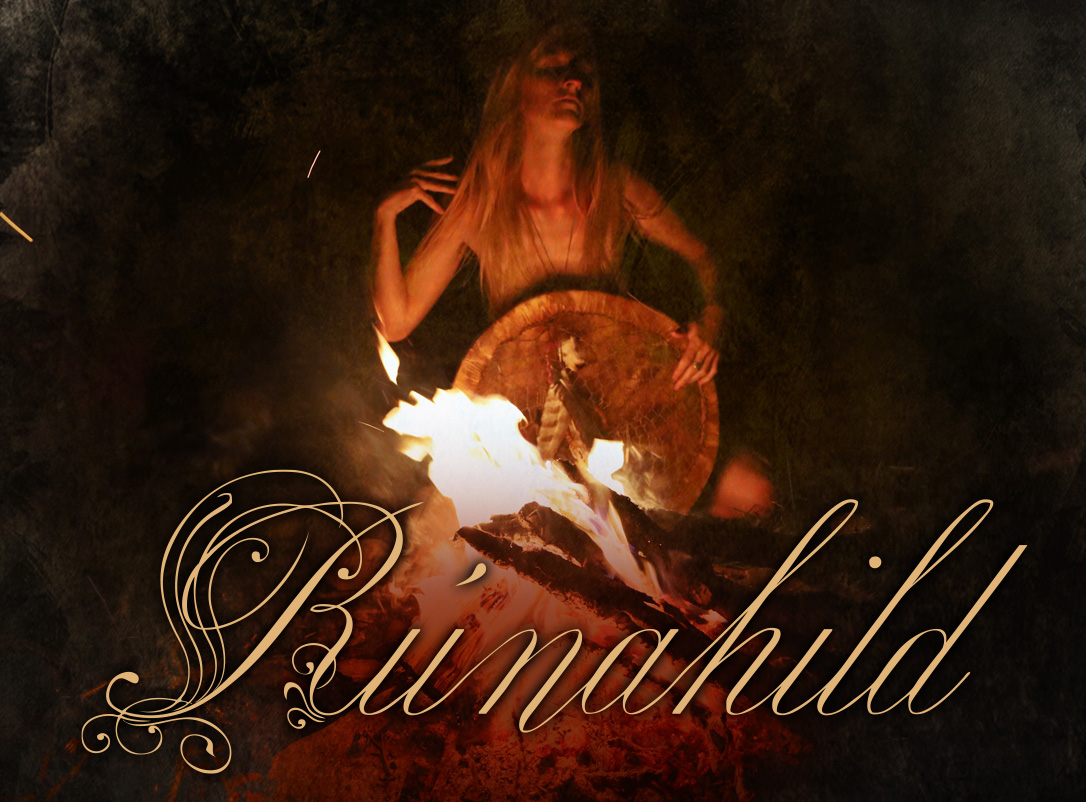 Rúnahild is a one-wild-woman ethereal ethno folk project hailing from an off-grid cabin in the mountains of Western Norway.

Inspired by her own journey within nature spirituality and healing, her music aims to hold space for others to explore their own vulnerability and life force.

Her creative expression is ranging from the primal and raw energy of drumming and free singing to the emotional and ethereal soundscape, transcending the many layers of the unconscious and inspire a connection to the self, to Mother Earth and to all life. Rúnahild has released 7 albums since the creation of the project in 2016. On “Wounded Healer”, released in April 2022, the acoustic sound of the lyres and other folk instruments that have been a part of the project’s signature, are now being merged with the atmospheric quality of the synthesizer.

She will introduce her new concept at Midgardsblot, basing her performances partly on improvisations with a drum and singing and partly on some of her songs accompanied on a synthesizer.