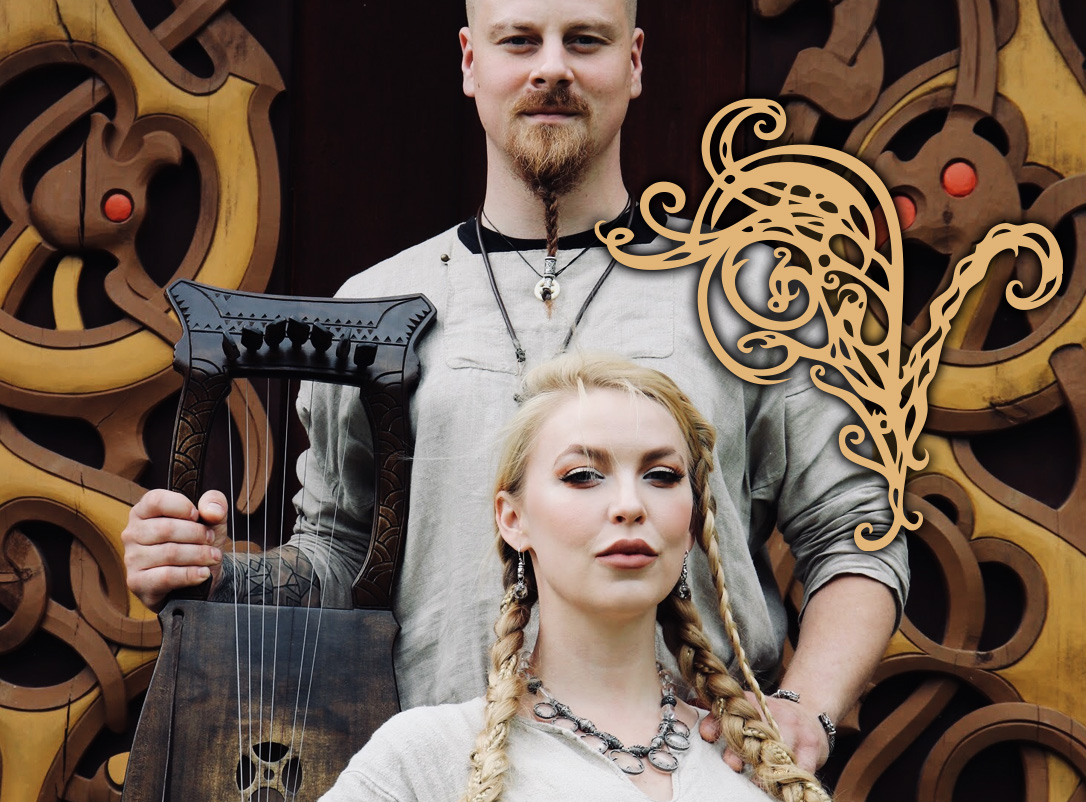 Vǫluspá (The Prophecy of the Seeress) is a name known from the Poetic Edda, which tells the story of the creation of the world and its foretold end. Drawing on inspiration from Nordic Mythology and Folklore, Vǫluspá is a folk-rock band founded by Sól Geirsdóttir aka “TheVikingQueen” in 2012.

Since then, she has joined forces with Varg Saastad, and together they are working on a new album inspired by their roots, drawing inspiration from Norwegian folk music and Norwegian black metal. The band made their first live appearance at Midgardsblot in 2019 with an acoustic set. This year, Varg and Sól will perform as a duo, bringing Vǫluspá’s naked magick to the scene. With varied musical inspiration they create a fusion of folk music and modern musical instruments as they strive to create a soundscape worthy of their name.