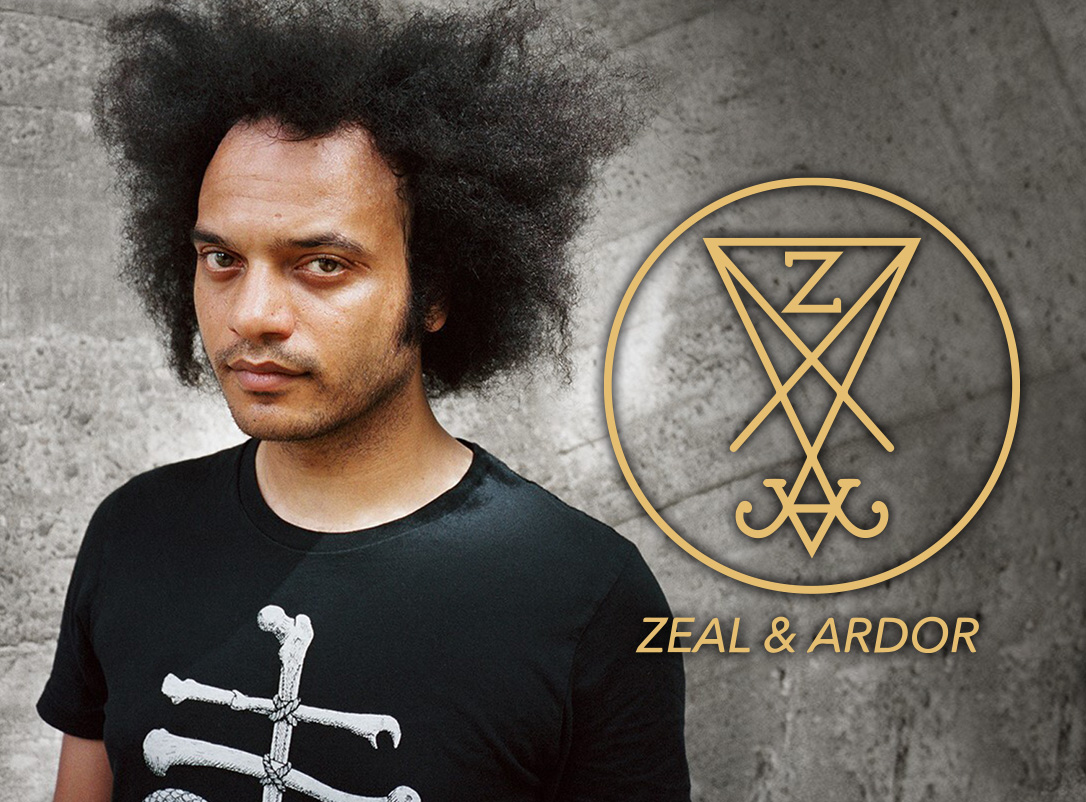 Since the release of their breakthrough album, "Devil Is Fine," Zeal & Ardor has been making big waves in the metal world and beyond.

Swiss-American bandleader Manuel Gagneux, born to a white Swiss father and black American mother, falls far outside the narrow profile of a stereotypical black metal musician. With his booming, bluesy voice and thoroughly original sound, he creates a masterful blend of the darkest Delta blues, soaring gospel, and ice-storms of blackened metal.

As a result of a racist comment, he stumbled onto a winning combination: a purposefully unholy conflagration of African-American spirituals, chain gangs songs, the blues, and Satanic black metal that drew lines between Scandinavia and the Delta, summoning both the blasphemous evils of the North and the bloodstained history of the South.

“I think there’s a connection between the two [genres]; it’s a form of rebellion,” Gagneux says. “Even if slave music isn’t exactly defiant, it’s still like the triumph of the will of the people. I think there are parallels with, say, Christianity being forced upon both the Norwegians and the American slaves, and I kind of wondered what would’ve happened if slaves would’ve rebelled in a similar fashion to Burzum or Darkthrone.”

Join us for a unique, powerful experience when Zeal & Ardor takes the stage at Midgardsblot!