Midgard – In the park of Borre, where the mighty rulers of the Norwegian Vikings lived, feasted, and were laid to rest. We invite you to a three day blot with blasting metal and true Vikings at historic grounds. Some of the world’s leading metal bands will enter the Midgardsblot stage and you are all summoned to the world of the Vikings with exceptional concerts in unique and historical surroundings!

Beerfestival with craftbeer and tastings - Viking village and market - Festival camp at the beaches of Borre Park – live like a Viking! - Vikingbattles and ancient Norse games - Guided tours, exhibitions, lectures and activities for the whole family! 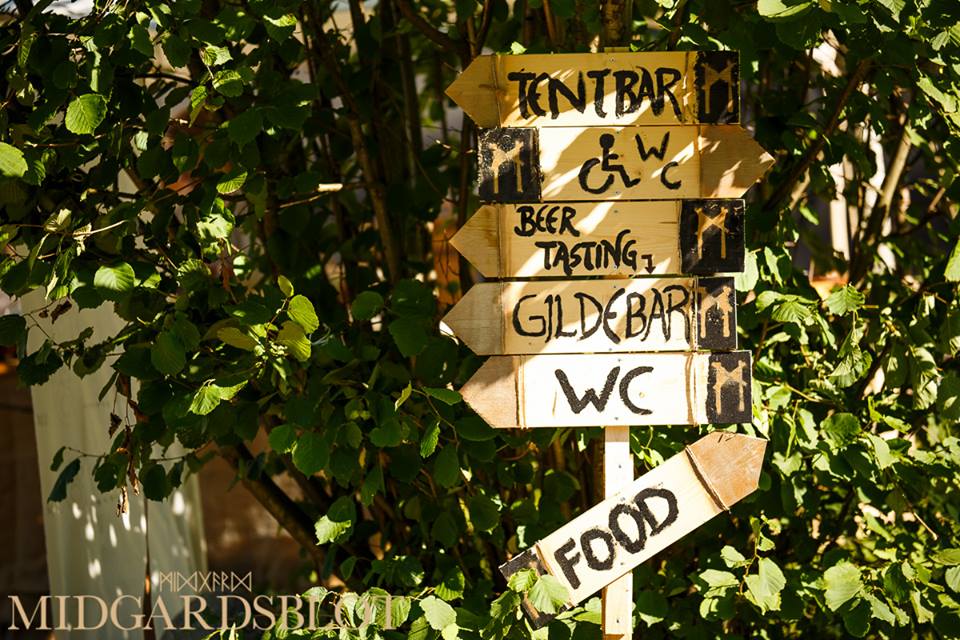 Midgard Vikingsenter in Borre is a branch of the Vestfold Museums, and is located next to Northern Europe’s largest assembly of monumental grave mounds from the Germanic Iron Age and the Viking Age. The Centre opened in 2000 with the primary task of creating and spreading knowledge about Viking Age in the Vestfold County.

The burial mounds in Borre constitute one of Norway’s most important national heritage sites, and it was a place of power and influence in Europe during the Viking Age.

The great Viking Hall at Borre is a unique reconstruction of a great mead hall for the Viking aristocracy. The remains of two such halls have recently been discovered just next to the Borre park, indicating that Borre was a center of power already early in the Viking Age. Based on fresh archeological theories on what these halls may have looked like, the construction took several years and cost around 25 million NOK.

The rebuilt Gildehall is where the festival area will be. The impressive Feasthall, being 33 meters in length, totally dominates the festival aera. Richly carved with period decorations it makes you feel like you have been transported back in time. The great Hall, buildt to impress and intimidate, was a place for feasts, important decision making and cultic activeties: known as Blot. The atmosphere at the plains of Gildehallen is magical with a genuine Norse feel to it which echoes the ancient times. Here is where the Midgardsblot outdoor stage will be with the Beerfestival and the Viking market surrounding it. Midgardsblot invites you to the best of the world of metal in unique and historical surroundings!

Check the weather before you head over to the festival so that you know if you should bring sunscreen and light clothes for a nice day, or warm clothes and a rain poncho for a rainy day. We need to see proof of age so please remember your ID (passport, or drivers license )! And of course, bring your festival ticket ;)

WHAT NOT TO BRING

(Note! Other objects may not be allowed, please follow the guidelines given by security and use common sense)

Kids are welcome at Midgardsblot! Kids below the age of 12 can come to Midgardsblot in the company of an adult with a valid ticket for the festival (as long as the festival is not sold out). To make sure everyone is safe and sound, we need you to register your kids upon arrival in our ticket-to-wristband/accreditation stand at the entrance of the festival in case you get away from eachother. We need the kids first name and contact info to the kids guardian. The kid will also get a wristband with contact info to their guardian. We expect you as an adult to be sober at the festival as long as you have your kids with you