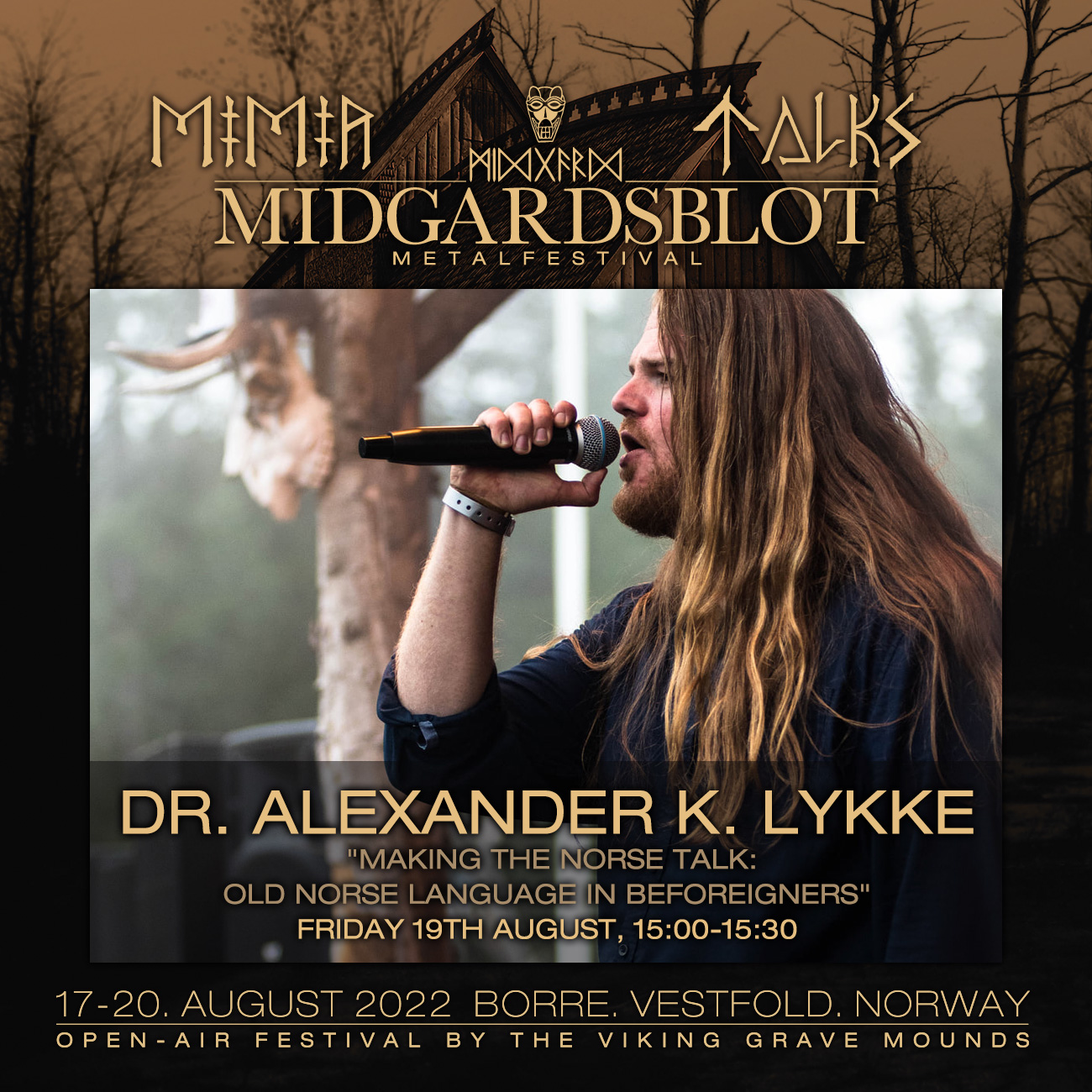 In this talk about Old Norse language in HBO’s hit TV show Beforeigners I will talk about two main topics. I start with talking about how it is possible to have such great knowledge of Old Norse as we have; after all this is a language stage that ended 700 years ago. After introducing this insight, I go on to talk about the process of imagining how this language would be spoken if Old Norse native speakers were suddenly transplanted into the present as they are in Beforeigners. In this part, we will be focusing on new words for new things, and swearing in a pre-Christian world!

BIO
Alexander K. Lykke is an Associate Professor of Nordic Language at the University College of Østfold. He is a researcher and college teacher preoccupied with historical language stages (particularly Old Norse), and how language changes both historically and presently. He also loves music, and has played in both metal and rock bands over the last fifteen years.