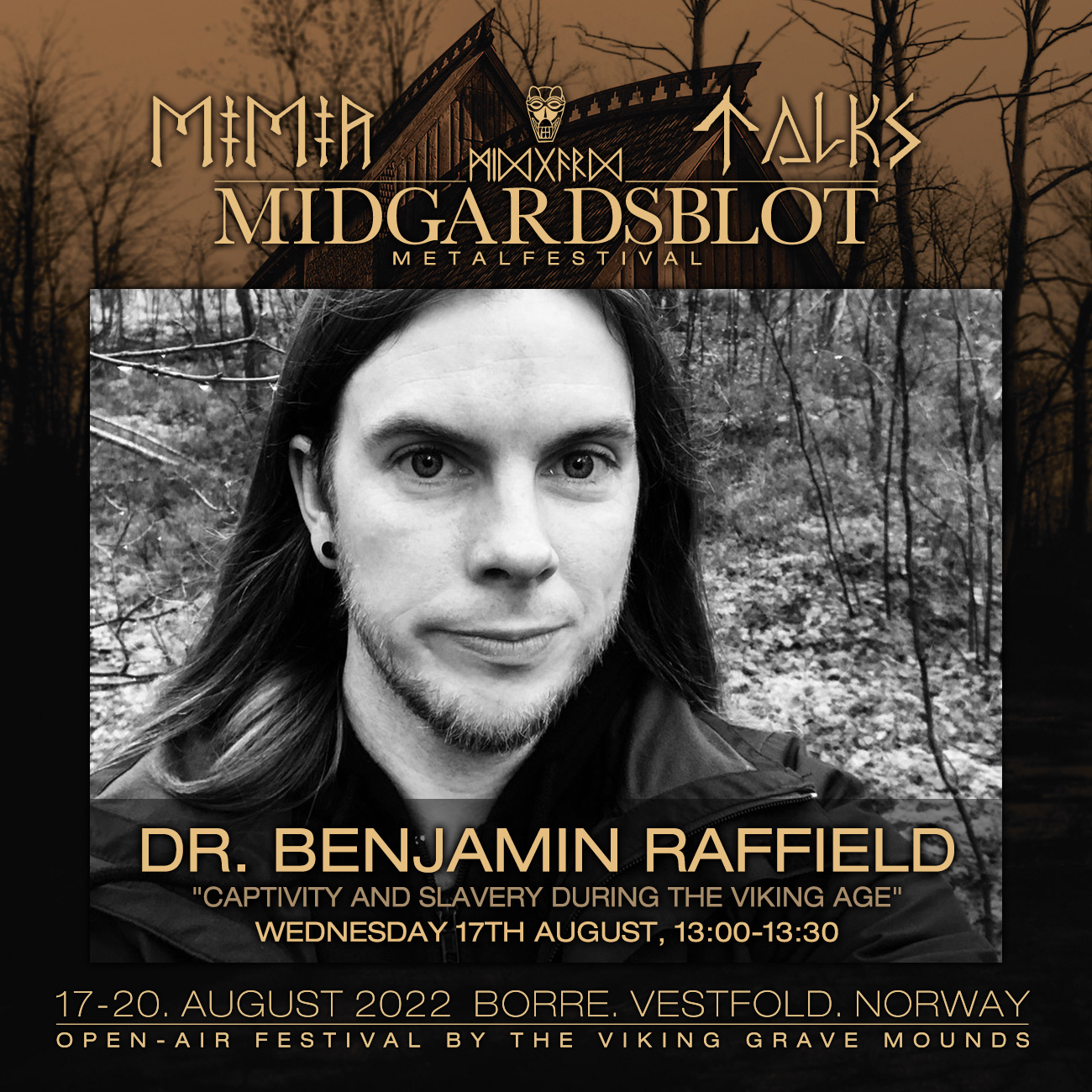 “Captivity and slavery during the Viking Age”

Ben Raffield is an Associate Professor in the Department of Archaeology and Ancient History at Uppsala University. Ben’s primary research interests lie in the Viking Age, in particular the study of conflict, military and social organisation, and the archaeology of slavery. He is currently conducting research on slavery and social inequality in Viking-Age Scandinavia.

The taking, trading, and exploitation of captive and enslaved peoples was a routine aspect of daily life across the Viking world. Many elements of these practices, however, remain obscure. Archaeological studies of Viking-Age society have long-been dominated by a focus on elites and members of other high-status groups. Scholars have largely failed to account for and study the lives of captive and enslaved peoples, who may have comprised a significant portion of the population. In this talk I will move beyond the romanticised clichés of raiding and exploration which so often govern our perspectives of Viking-Age life, in order to situate the practice of slavery against the political, social, and cultural backdrop of Scandinavian society.