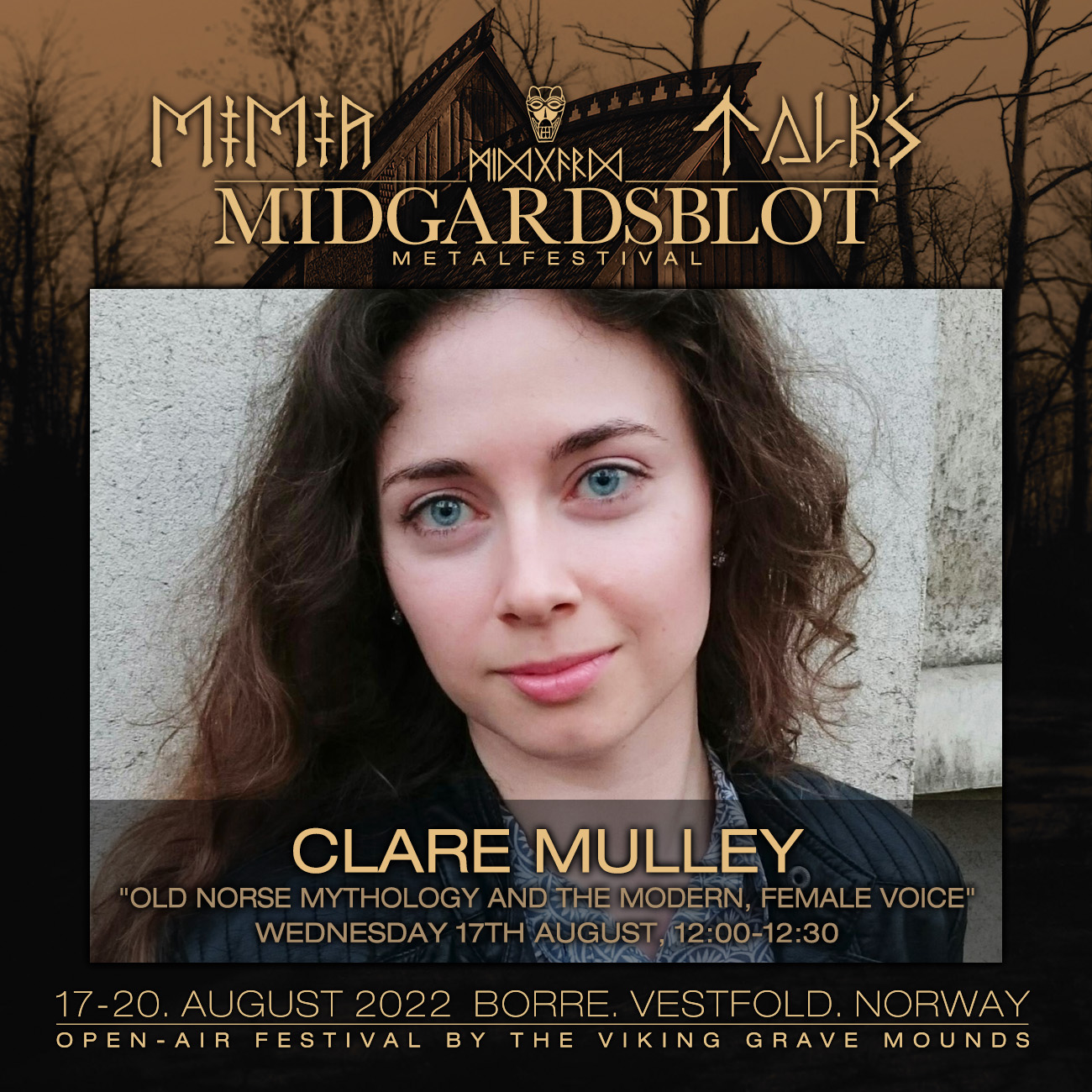 Description: After the enthusiastic slew of colonialist, male - dominated responses to Old Norse in Britain at the turn of the century, a new generation of female writers began to make their mark. These women combined past inspiration from Old Norse themed works with their own, developing voices and literary ambitions. Join us on a whistle - stop tour of exciting women's voices from the 50s to the present day.

Bio: Clare Mulley is a British poet, D.Phil student and tutor at The University of Oxford, specialis ing in Old Norse Receptions in 20 th Century Poetry.