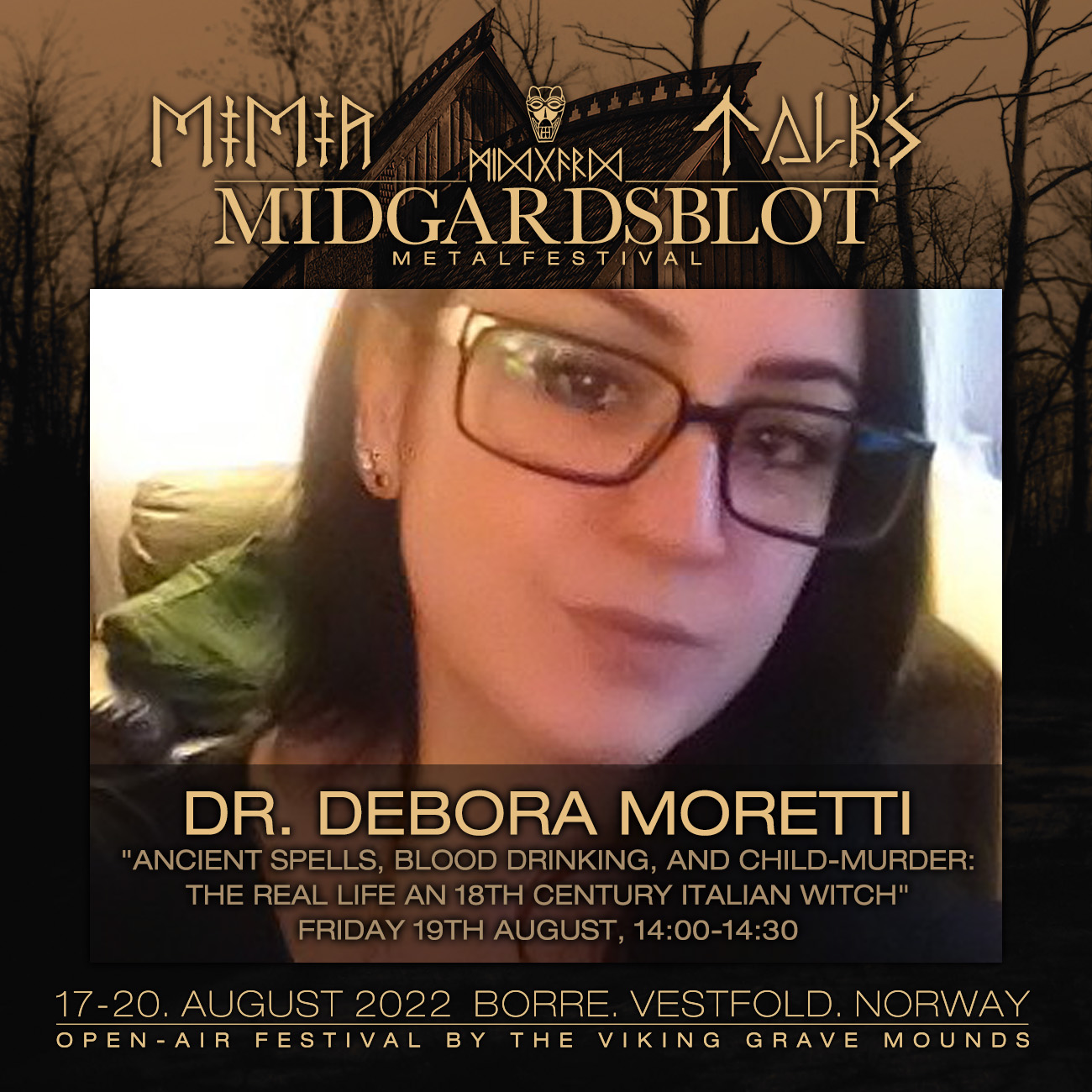 On the 19th of July 1724, Maria Rosa Bazzechi spontaneously presented herself in front of the Inquisition tribunal in Porto Ferraio in Tuscany (Italy). Maria Rosa accused herself of having written a pact with the devil in her own blood, of having practiced and taught sorcery and among other despicable acts, of having murdered children by drinking their blood. In seeking help and absolution from the vicar, she presented him and the rest of the tribunal with the story of a miserable life with abundant graphic details and in so doing, she revealed the life of a real woman and, accordingly to her, a real witch who suffered incredibly and who tried to make her life better by using witchcraft and creating a fantasy world to justify her miserable condition.

This paper wants to discuss and analyse the reasons – psychological and social – behind Maria Rosa’s spontaneous confession her cognitive perception of the supernatural universe of the time and it wants to analyse her need to publically express her inner emotions through a narrative based on witchcraft mythologies and folk memories belonging to a more ancient worldview stretching back nearly 300 years..

This paper wants ultimately to bring to life once more the sad story of a real witch and present witchcraft practices common in early modern Italy.