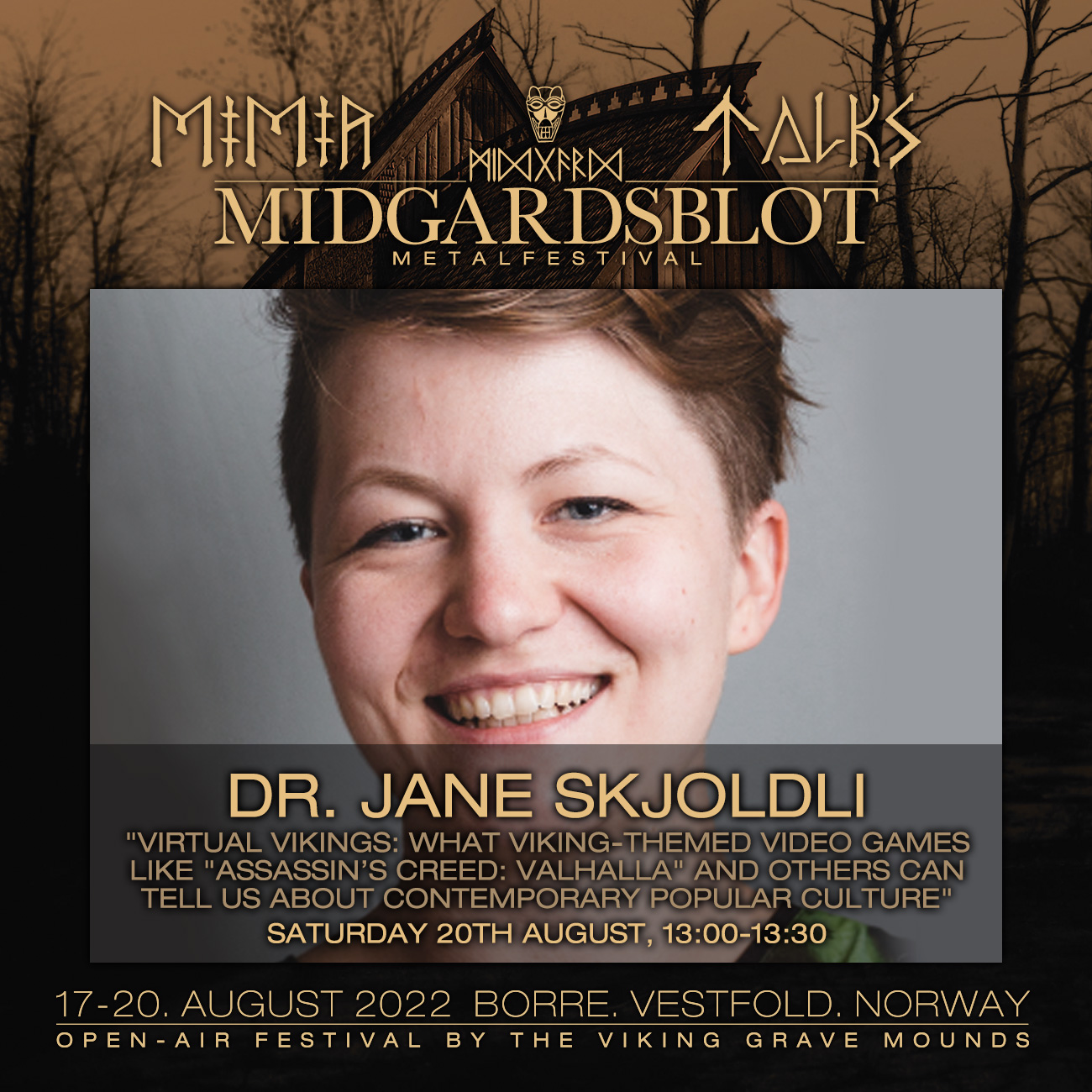 "Virtual Vikings: What Viking-themed video games like Assassin’s Creed: Valhalla and others can tell us about contemporary popular culture"

From TV series and movies to amusement parks and music, Vikings galore! In video games, all these genres blend together in one place. One example of Viking-themed video games is Assassin’s Creed: Valhalla, where the protagonist is a Norwegian Viking who goes to England and raids monasteries in order to build their own Viking settlement. The game was released in October 2020 and has proved lucrative for the game development company Ubisoft, but what can the game’s success tell us about contemporary popular culture?

Jane Skjoldli, PhD, is an Associate Professor in the Study of Religion at the University of Stavanger, Norway. Her research interests center on ritual, religious authority, and popular culture in contemporary Christianity and Heathenry. She is currently engaged in the research project Back to Blood: Pursuing a Future from the Norse Past, which is funded by the Norwegian Research Council.