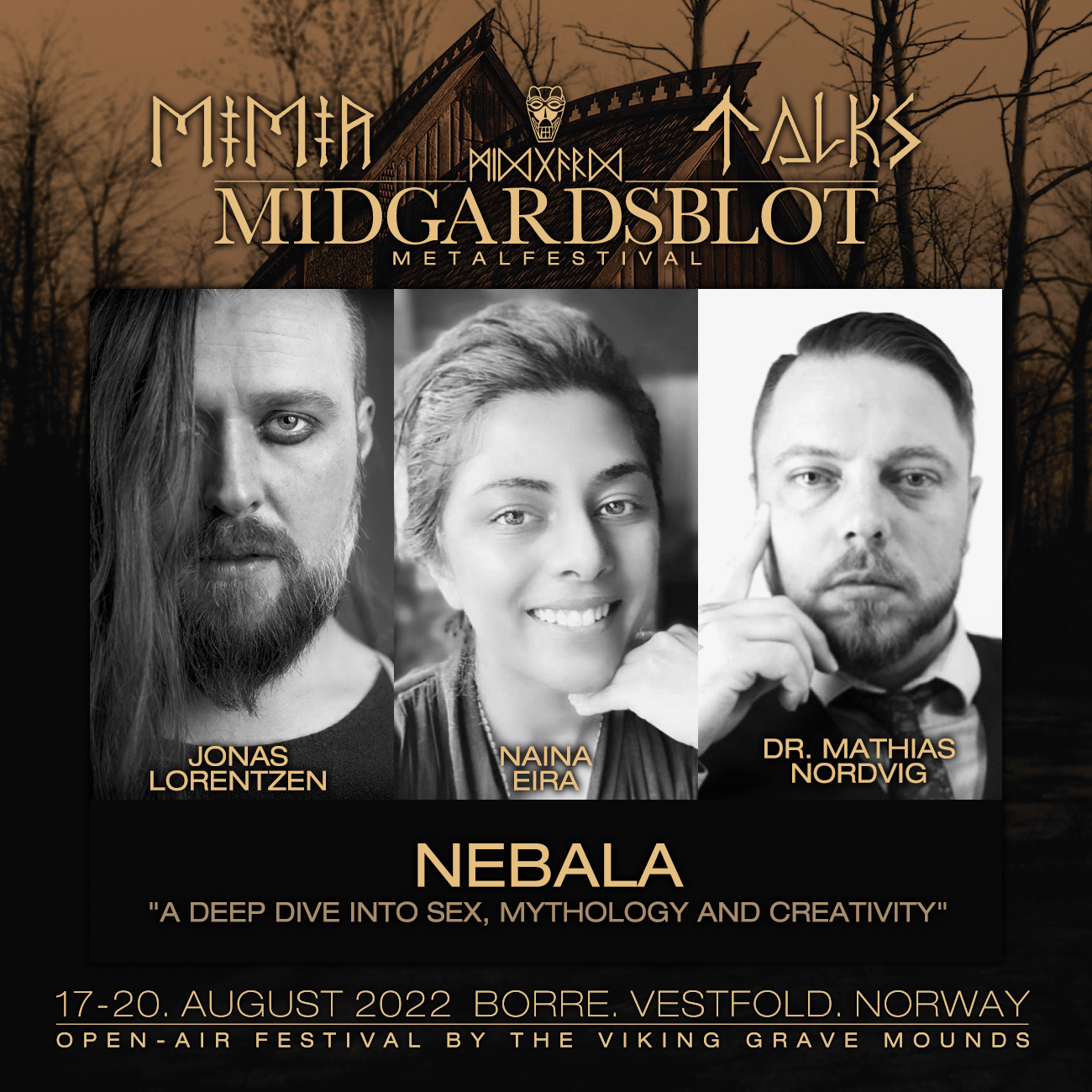 "Nebala - a deep dive into Sex, Mythology and Creativity" ”

A conversation between Jonas Lorentzen (Nebala), Naina Eira (philosopher and entrepreneur), and Dr. Mathias Nordvig (University of Colorado-Boulder) about the concept behind Nebala's first album "Lustuz Laþu Wōþuz Alu." The conversation will address topics related to sex and mythology, the philosophy of sexuality, and the use of these concepts in a creative project.

Jonas Lorentzen is a Danish musician and songwriter known for his work as vocalist in the Neo Nordic Folk band Heilung and for his work on and appearance in the Viking epic movie The Northman by Hollywood rising star director Robert Eggers.

Naina Eira is a Serial Entrepreneur, an Eco-Philosopher & Explorer with a background in the Nordics, U.K & India. Naina has a Masters in Philosophy from The Center for Research in Modern European Philosophy, London.

Dr. Mathias Nordvig is a teaching assistant professor at the University of Colorado-Boulder (USA), where he teaches subjects about Vikings, Old Norse mythology, Nordic and Arctic history, literature, and culture. He has a PhD in Old Norse mythology and its relationship to the Icelandic environment with particular focus on how early Icelanders narrated experiences of volcanic eruptions in myths. His current scholarship focuses on the use of and interest in the pre-Christian Nordic past in music with upcoming articles on Myrkur and Heilung, as well as a book project on Nordic pagan music in collaboration with Professor Ross Hagen of Utah Valley University (USA). Outside of academia, Dr. Nordvig is the co-host of the Nordic Mythology Podcast and the cofounder of the Seattle-based eco-sustainable publisher Hyldyr, which specializes in mythology and folklore.