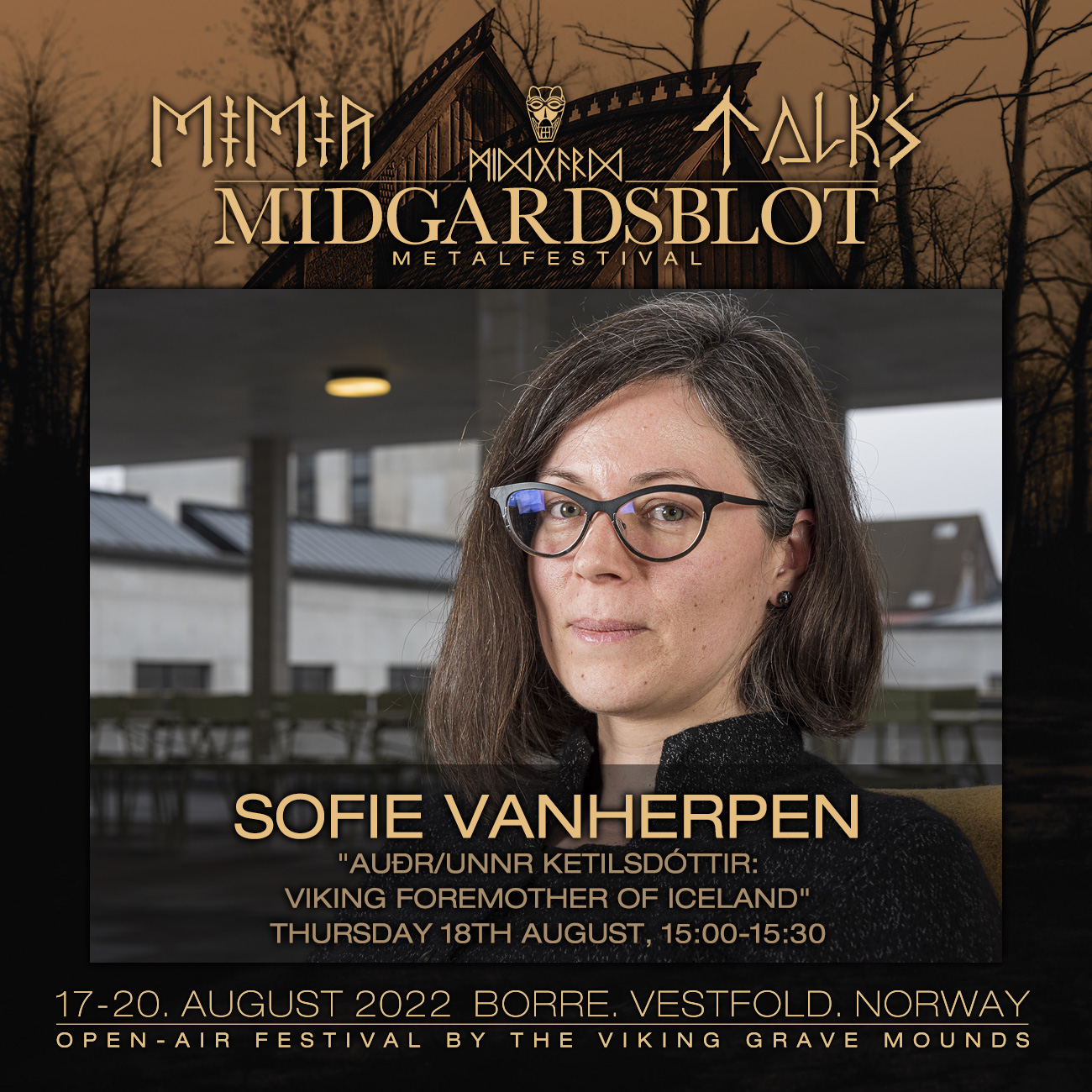 Despite the entrenched masculine Icelandic settlement narrative, one extraordinary woman has also shaped Icelandic history: the Norwegian, Auðr/Unnr Ketilsdóttir, who immigrated to Iceland and became one of the foremost settlers of the country. Íslendingabók, a historical work by Ari Þorgilsson, which was probably written between 1122 and 1133, is the earliest document to mention her by name. This first literary “portrait” of Auðr landnámaskona informed what would become the archetypal depiction of the Viking foremother. This depiction is at the heart of many of the works which fashion and refashion Auðr’s life over time up until the present day. These various depictions of the Viking foremother Auðr/Unnr Ketilsdóttir will be the subject of my paper.

BIO
Sofie Vanherpen holds a master’s degree in Germanic Philology (Dutch – English), in Swedish Philology, and a master’s degree in Information and Library Science. She is an independent doctoral student at the Department of Literary Studies, Ghent University. Her thesis, entitled Audr/Unnr djup(a)udga Ketilsdottir: tracing the life and legacy of a female legend through texts, examines the representation of one specific Viking-age woman in medieval and early modern Icelandic literature, and how cultural memory and 9th-century female identity are constructed and transmitted in literary form in Iceland over a longue durée period. She also works as a cataloguer at the Booktower, the Ghent University Library in Belgium.